After my first daughter was born, I was all set (in my head) that I would return to work 6 weeks later. Then, after finding out the hard way that all babies do not necessarily go along with their parent’s plan, I came to the realization that I was meant to be a stay at home mom just like my mom, and after crunching the numbers, it made the most sense. Thank goodness because that was the best way to justify it with my husband.

So, I became a stay at home mom. This allowed me to dote all over my daughter and my husband, and make sure that they were never in need of anything. It also allowed me to become pregnant with my second child. 🙂

At that time, my husband worked very long hours, and usually several days of overtime as well. Being a stay at home mom had it’s privileges, but also had it’s downfalls too. At times I longed for companionship, or a break in the daily routine, or anything that offered stimulation for the two of us. We also needed a safe place to hang out. A place where we were wanted. Grandma’s house!

So, I found us visiting my parents….. A lot. It grew into a destination for us, sometimes on a weekly basis.

So, family time with grandparents became a regular occurrence. It was great! My arms would get a break from holding babies. I would have some adult conversation, a glass of wine, some snacks. We would browse through the Williams and Sonoma catalogs. Watch cooking shows and share stories about our week, days, and months.

My father (grandpa) would put on music (usually a symphony) and the kids would dance, and dance, and dance. They loved it so much he made recordings for me to take home. I would also get leftovers, which meant a break for me at home as well.

These weekly visits were great bonding time, not just for the kids, but for me as well.

My daughter and son in law are now proud parents of two children. Mason and Ava. Mason will be 4 in April and Ava will be 2 about a month later.

Over the past 3 plus years, our schedules have become such that Sunday’s have now been pronounced  “Family Day” at our house. Now I am the grandma and the mom providing all of that which I sought out as a young mother, for MY daughter. Sometimes it is hard because I have a full time job, but when it all comes down to it, I wouldn’t have it any other way.  These memories we created for myself and for my children are priceless, and now we are recreating that atmosphere for her family. There is nothing better than to open that front door and see those huge smiles appear on their faces when they see me, nothing.

Sometimes special events happen on these days. Bonus! I can kill two birds with one stone and make it a special family day. Always in an effort to feed a bunch of people, kids included, I try to keep things simple. Something I can put together early so when people are here, I don’t have to fuss too much. On this family day it is Superbowl Sunday. A typical dish would be chili, but I made that last week. So, what else can I make in mass quantity? Sloppy Joe’s! Yup. And, lets do this right and adultify them(declaring that a word).

What else can go with that? Well, the other morning while listening to my usual morning radio show, they were mentioning fun Superbowl facts. Like how many chicken wings are consumed, favorite snack etc. and they stated that the most popular food to have at this event was potato chips. Well, chips always go great with a sandwich! It’s starting to come together, and  I’ll make a dip for them and have several different kinds of chips. I’m getting excited now. Ever since I can remember, my mom always made some sort of a salad to go with every meal, so I will make an antipasto salad. Easy enough and the longer it sits the better.

Starting with the dip. An all time favorite for chips is French Onion. Well I could do one of these … 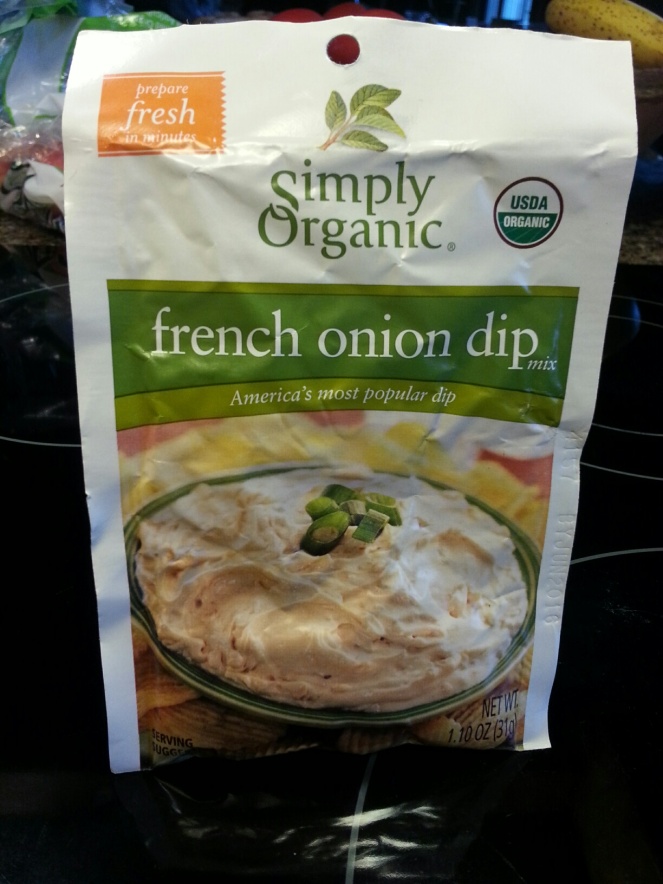 Nope, not special enough. It never tastes as good as homemade either. So, we’re doing this from scratch. 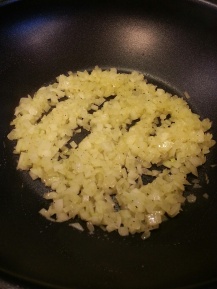 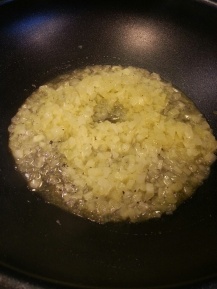 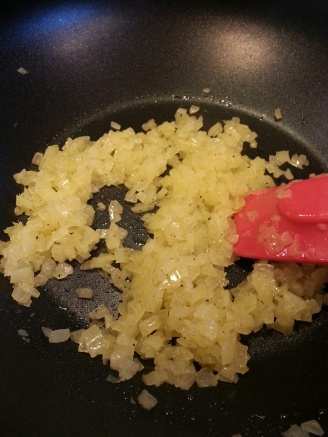 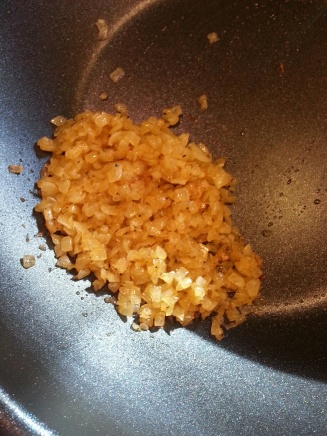 I start with half of a large onion. I used a sweet Spanish onion. Really, I think any onion will do. Although, the sweeter, the better. Not just for flavor, but it will caramelize better. Like a Vidalia.  I have about 1 1/2 cups of diced onion. I also have some white wine for added flavor, sweetness, and acidity. I start the onions in olive oil. I have them on a medium/low heat. I want them to soften, but not get brown edges. I can turn the heat up a little later. I add about 1/2 tsp of salt and let them go until they are translucent.  When the pan starts to get dry I swirl in 1/4 cup or more of white wine. I cook that until it is reduced out. I continue to tend to them and stir often so they do not brown. If the pan gets too dry, I simply add a splash of water. They are finally starting to get a little golden tinge to them. After that, it does not take long for them to deepen in color. If you want to speed this process up, simply take some sugar, and sprinkle sparingly over the onion mixture. The sugar will caramelize and the onions will go along for the ride. 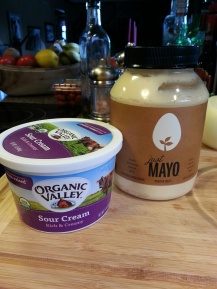 Now for the second act……the base of the dip. I start with about 1 1/2 cups of sour cream and 3/4 cup of the mayo. Depending on how much you want to make, just think of it this way, whatever amount of sour cream you use, the mayo portion will be half of that. I add 1/2 tsp of salt to start (I use sea salt, less salty than table salt),  1/2 tsp or more of granulated garlic, 1/4 tsp or more of granulated onion, and some minced green onion, light and dark green portion. Maybe just about a 1/4 cup or less. This is to taste. You can add it, eliminate it, add to, or decrease the quantity. I wanted to brighten up the color and intensify the onion flavor. At this point, stir and taste. Adjust all of the seasonings as needed to your individual taste. I saved a few of the chopped green onion for garnish. To make it look even more special I added some parsley leaves. *NOTE -You can even refrigerate and taste again before garnishing and serving, as the longer it sits, the more the flavors will intensify. Enjoy!